Corporate Triathlon
On the morning of 3rd of May, Retracom competed in the Fitness First Corporate Triathlon event at Southport. Of the fourteen Retracom competitors, only five employees had competed in a triathlon so nerves were tense before the races.  Two teams did all three legs of the triathlon (swim, ride and run) while the remaining three teams split the legs. While jokes about bull sharks in the Spit and freezing temperatures were rife, in reality the water was clear, warm and inviting for the swimmers to start their races. The gusty chilly wind didn’t slow the bike riders in their tracks fashioning some impressive times and the runners enjoyed the glorious morning along waterfront whilst they huffed and puffed all the way to the finish.  All the Retracom competitors demonstrated immense team spirit encouraging their fellow colleagues in all their races. Retracom finished the day with pancakes and Egg’n’bacon rolls whilst chatting about the next Retracom team challenge, a 24 hour long mountain bike team race. Each participate enjoyed themselves and were glad they participated in the event. 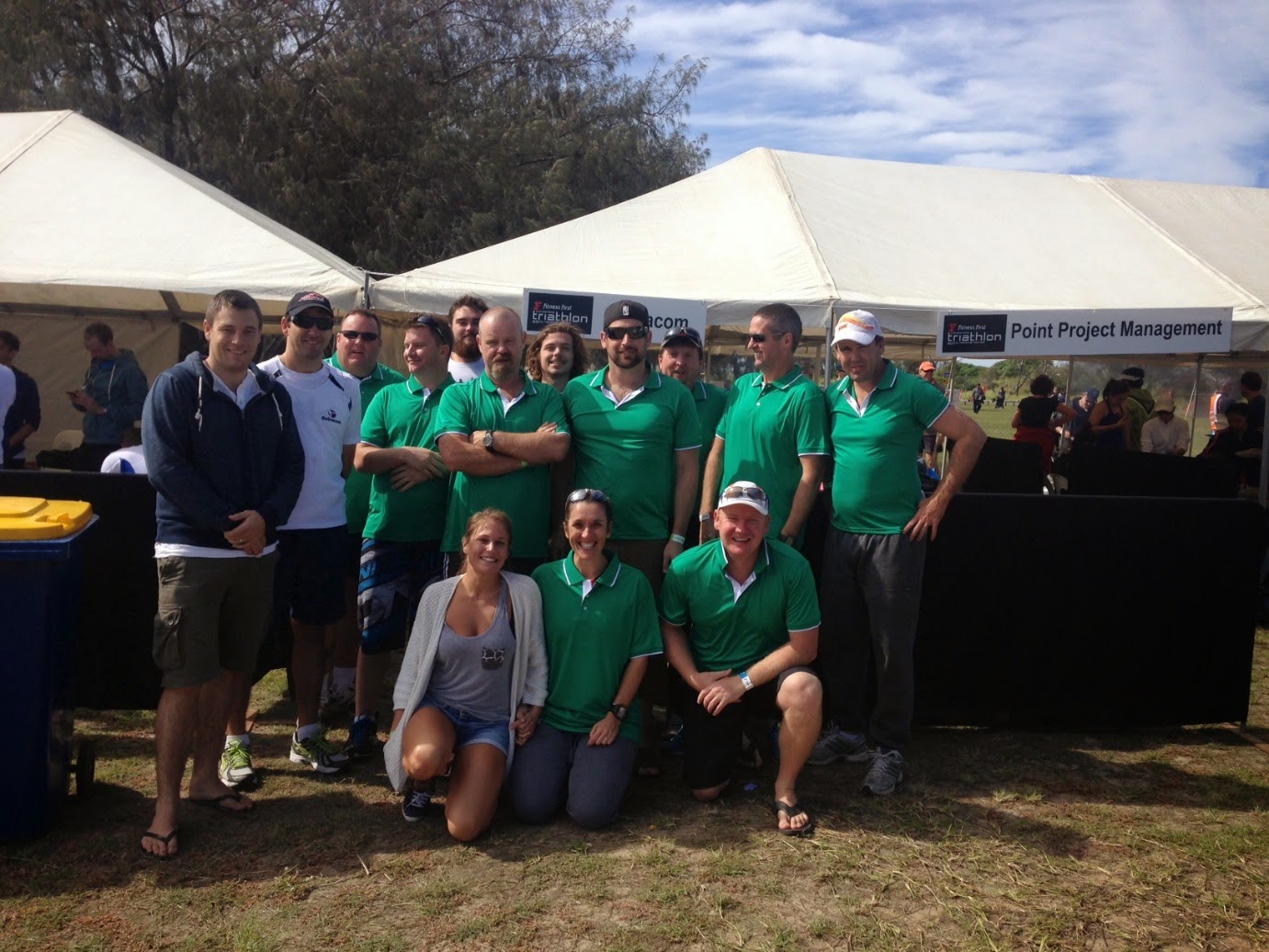